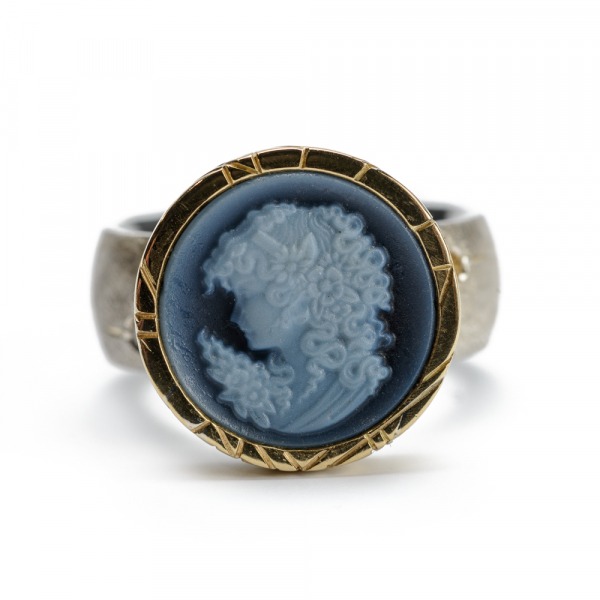 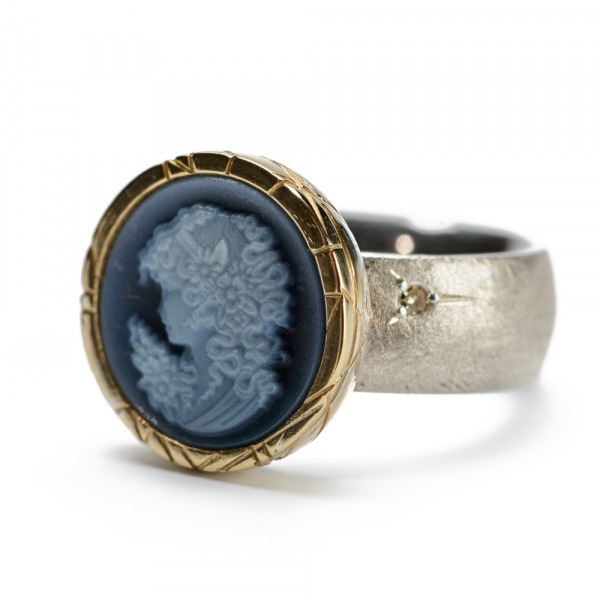 This Cameo ring features a lady in a cameo cut out of blue agate. The lady’s fine hair is decorated with flowers. Two yellow brilliants on the sides of the ring complement the yellow golden daisy setting, that surrounds the elegant yet mysterious lady in blue.

Inspired by this piece? Contact us or visit the store to see what other unique cameos we have available.

This piece has been sold before! When ordering one, we will recreate it for you. The end result will be again unique and might differ slightly from the pictures shown. We will contact you to discuss the process with you.

The Cameo Ring – Lady in Blue by goldsmith Margriet Cuijpers

The Cameo Ring – Lady in Blue contains the following materials.

The cameo carving is an age-old method of cutting gemstones to create a relief image. This way, you can not only see, but also feel the picture. This vintage style was used in Ancient times, as early 500 BC and has also in modern times held its status as an eye catcher. And for good reason, because the 3D image gives a mesmerizing realness and detail to the image!

The Cameo Series of jewelry by Margriet Cuijpers combines her love for natural shapes with classical finesse. The fine shapes of the cameo create a dynamic contrast with her natural diamonds and shapes. The cameo becomes a true centrepiece, like a sunny clearing in the woods.

Cameo Ring – Lady and the Diamonds
Scroll to top